Don’t Flee to Mars, but Maybe Send the Tea Party There 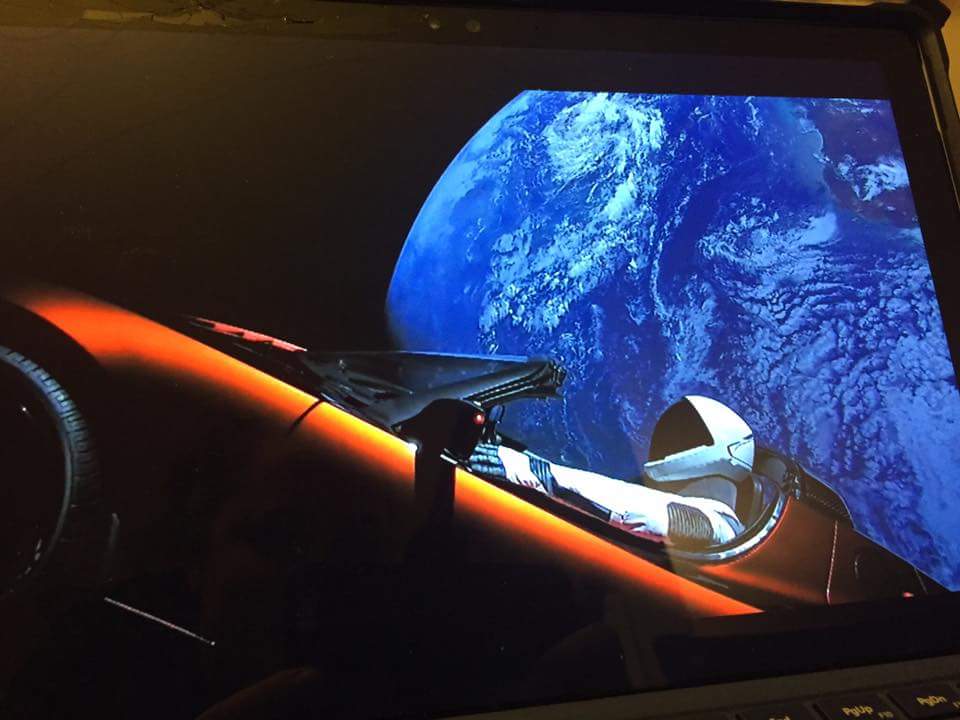 With Congress barely able to do simple things like finance its basic operations, it is a stretch to think that they will be able to address a major problem like global climate change. The anti-science, backward-looking members of Congress who held the American economy hostage are the same ones expressing disbelief in basic climate science and opposing any action to reduce greenhouse gas emissions. As the atmosphere surpasses 400 parts per million CO2, a basic question nags the mammalian brain in a crisis situation: fight or flight?

In the olden days, fleeing a predator might mean running up a tree, or out of the forest and back to the village. Now with global climate change, you need either an impenetrable dome or a spaceship. Fans of space exploration note the recent advances in private space flight, and the discovery by the Mars Rover of water in that planet’s soil. But before you book your ticket, keep in mind that Mars would need to be “terraformed,” i.e. given an atmosphere like Earth that is hospitable for human life. The idea of terraforming Mars is a common theme in science fiction, with well known examples including the Star Trek movies’ “Project Genesis”, the movie Total Recall, and the Mars Trilogy books by Kim Stanley Robinson.

Those considering an interplanetary relocation should check out Robinson’s recent book 2312. Set three hundred years from now, the award-winning book envisions human society spreading throughout the solar system three centuries from now. 2312 is part of a new subgenre of science fiction, “climate fiction” or “cli-fi” for short, that incorporate apocalyptic scenarios of future climate disruption and/or protagonists trying to solve such problems.

2312 offers a sobering portrayal of Earth’s future problems following centuries of human-induced climate change. In Robinson’s novel, this means an 11 meter sea level rise, with Manhattan as the Venice, Italy of the 24th century, complete with canals replacing avenues and gondolas replacing taxi cabs. Florida has been completely submerged. Like Noah’s Ark, people have terraformed asteroids called “terraria” to provide habitat for endangered species, as a necessary substitute to the depleted and overcrowded Earth.

Robinson’s depiction of the future brings current political questions into stark relief. Geoengineering is discussed as a blunt and dangerous tool for dealing with climate disruption, but it is an accepted and ongoing part of the future’s political debate. There are attempts to re-terraform Earth reminiscent of the permaculture movement, accompanied by NIMBY protestations and clumsy, top-down, techno-centric international development aid. Apropos of the current Tea Party’s efforts in Congress, 2312 includes allusions to the free market fundamentalists of The Dithering for whom religious beliefs are more important than reality itself, as they try to stick to their ideas rather than adjust to the reality that they are creating a mass extinction. The years 2005-2060 are referred to regretfully as The Dithering, a time of procrastination that only served to exacerbate the problem, leading to the next phase of humanity: The Crisis. Humanity barely makes it through to the period after that: The Turnaround (2130-2160). Phew!

Issues of inequality and social justice persist in 2312. Robinson points out capitalism’s resemblance to feudalism in the hierarchical structures of power and wealth on Earth, and envisions a new economic system for the “spacers” based on the more equitable Mondragon cooperative model in Spain. No matter how hard they try, humans on multiple planets and moons are unable to sever their ties to the home planet Earth. The message here is that amidst the desire to terraform other planets and start over, we must keep Earth habitable.

Ironically, the Tea Party’s anti-science Congressmembers have criticized a NASA proposal to capture an asteroid and move it into orbit around the moon. The terraria in Robinson’s book could help persuade them of the potential future benefits of the project, but what anti-science ideologue would dare to be seen reading a book of science fiction? It has the word “science” in it!

Congress may currently be inhospitable to intelligent life, but obviously Mars is no picnic either. Even so, the roster of those ready to abandon Earth seems to keep growing. In addition to space-loving techno-optimists, there are the doomsday preppers, who get a little bit too much enjoyment from their bunkers and the prospect of shooting their neighbors video-game-style in the post-Apocalypse if they try to pilfer from their garden. Then there are the “End timers” who foresee a religious Rapture where they can move on to better accommodations than the Earth is apparently able to provide them. Although extreme weather events have a scientific explanation in global warming, over a third of Americans choose to place them into a religious frame instead, as CNN reported, “Thirty-six percent of Americans say that the severity of recent natural disasters indicate that we are at the precipice of Jesus’ second coming and the end of the world…The survey found that 15 percent of Americans believe the world will end, as predicated in the book of Revelation, in their lifetime.”

Taking off for Mars to start over with a clean slate is romantic, and avoids confronting the problems of American Exceptionalism, Manifest Destiny, and Western Expansion. Humans populating Mars or other planets serves as an escape hatch for techno-optimists to avoid the Limits to Growth critique of the impossibility of infinite economic and population growth here on Earth. Those who want to flee Earth for an off-planet utopia may have an elitist mentality, where only the “chosen” homogenous few can make the trip. This yearning for a return to “purity” can be seen among anti-immigration groups and the Tea Party, which is fueled in part by white male anger and fear of cultural change as the demographics of the global South infiltrate American culture and alter the electoral math.

It is tempting to ponder the Tea Party exiling themselves to Mars so that the climate activists can finally get a climate bill passed in Congress and solve our Earthly problems. But wishful thinking aside, our mammalian brains must resist the urge to flee. We must win the battle here on Earth. The truth, which the would-be Earth escapists hope to avoid, is that the Earth is our only home, and we must save it, even if it means hard work, and dealing with people we would rather not have to deal with. To paraphrase two bumper stickers: