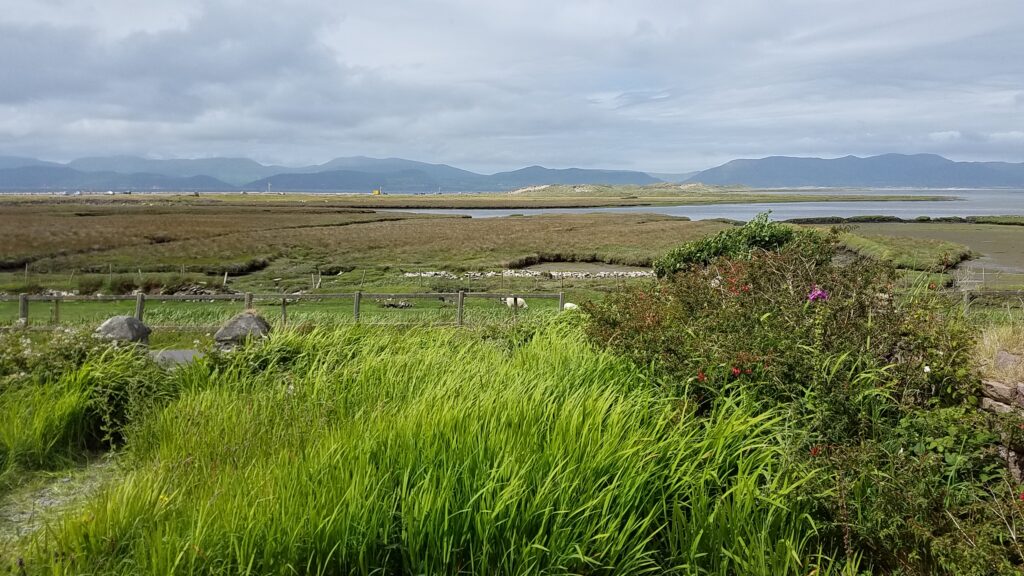 Ecological Economics is a transdiciplinary approach that values nature’s wealth, the life support systems we depend on, and justice issues between species and into the future. (This definition is evolving).

Projects I have worked on:

The U.S. Society for Ecological Economics promotes the ideas of ecological economics.

These are only a few, but they are my top pet peeves:

The idea of infinite growth on a finite planet.  The growth imperative is killing the planet!  (If the exclamation point seems alarmist, please visit

Externalities- Neoclassical economics says that social and environmental costs can be externalized onto society.  If capitalism only focuses on short term profit, then it leads to a “race to the bottom” where employees are paid as little as possible and environmental laws are avoided.  Instead of “market efficiency,” you end up with sweatshops and pollution.  We need to change the economic system so that such costs cannot be externalized, and the incentives provide a win-win for people and the planet.

The Gross Domestic Product- Not a good indicator for economic growth. Says bad things like a car crash and war are good for the economy.  We need alternative economic (and social and environmental) indicators, and there are some being developed around the world.

The Monetary System– Money is loaned into existence by banks which require it to be repaid with positive compound interest, and backed only by debt. Those two characteristics are the cause of the growth imperative in our economy. They make our monetary system unsustainable. For example, when Charles Hurwitz bought Pacific Lumber Company with junk bonds, the trees did not grow as fast as the compound interest, so he started clear cutting old-growth redwood trees to pay the high-interest. Richard Douthwaite, Margrit Kennedy, and Bernard Lietaer have written about these problems. I have links to their websites at the bottom of this page.

Recent articles on that topic:

Mike Sandler in On the Commons (reposted from Huffington Post): The Money Commons

The idea that selfishness will lift all boats- This is a mis-reading of Adam Smith, and it serves CEOs very well. It helps them justify the gross inequalities they perpetrate, and leads many economists to disregard poverty as a problem they can do anything about.

I was a co-founder of Sonoma County Community Cash, a local currency program based on the Ithaca Hours model. Sonoma County Community Cash existed from 1998-2000. There were two denominations, the 1 Hour bill and the 1/4 Hour bill. The bills were printed on specialty paper made from recycled U.S. currency, and featured a California Oak Tree and a Farmer’s Market drawn by local artists. Initially, the Hour was worth about 10 U.S. dollars. It was accepted for goods and services by about 300 individuals and a few dozen businesses in Sonoma County, California. Due to governance issues, the program lost momentum in late 2000. Around this time, some of the organizers began using the name “Sonoma Time.” However, several individuals are still working on ideas for a local currency in Sonoma County and systems to support local businesses. The E.F. Schumacher Society has documented the local currency movement, and promotes it as a project for community-based ecological economics.

About the Monetary System:

The Monetary System- Money is loaned into existence by banks which require it to be repaid with positive compound interest, and backed only by debt. Those two characteristics are the cause of the growth imperative in our economy. They make our monetary system unsustainable.

An example of the distortions of our monetary system is when Charles Hurwitz bought Pacific Lumber Company with junk bonds, and the trees did not grow as fast as the compound interest he owed on the bonds, he started clear cutting old-growth redwood trees to pay the high-interest. The fact that additional currency is not added to the economy in order to service the debt incurred by the loans that created the money means that there will always be a group of “losers” who are unable to pay their debt service and are foreclosed on by the banks. Slowly, over time, the banks are gobbling up the real economy. The interest rate (and its mirror image, inflation) mean that the level at which banks gobble up assets is constantly rising. That’s why it feels like everyone is running on a treadmill that is constantly speeding up. Hmm…

Most economists and journalists do not understand the debt backing of the U.S. dollar. So, when Enron collapses, or banks become insolvent due to home loan foreclosures (when debt goes away, money disappears from the balance sheet), they don’t realize that this represents money literally being sucked out of the economy. The typical Keynesian approach would be to inject government spending to overcome the short term recession. But, with the Iraq War, so much money is being injected overseas, that it causes inflation, the dollar loses value, and the Keynesian approach loses some of its power. We should be looking at larger scale reforms and changes to the system.

What can we do about it?

Richard Douthwaite, Margrit Kennedy, and Bernard Lietaer have written about the problems of the monetary system. Richard’s book is the best introduction to the subject, and culminates in an interesting proposal for an international energy-backed currency that would promote ecological sustainability, and help countries reduce their greenhouse gas emissions. Bernard’s book takes a big picture approach, and he was seen as one of the top complementary currency experts in the world. I have links to their websites at the bottom of this page.

Interest-free currencies which represent real wealth can be a tool for community development. For more information on this, look at Margrit Kennedy’s book in the links below.

The group Positive Money in the UK has been advocating for monetary reform. https://positivemoney.org/

Bernard Lietaer’s The Future of Money

Peter Barnes’s Capitalism 3.0 and With Liberty and Dividends for All. http://peter-barnes.org/book/with-liberty-dividends-for-all/